Given the success of last year’s annual meadow, despite sowing so late, I decided to repeat the process, however this time sowing either side of the central path up to the house.
The annual strips form new edges to the native and already-established perennial meadow through which the path cuts. My hope is that the annual flowers will add an extra dimension of interest, both by way of colour and the insects they will ideally attract.

To do this I began by measuring a 50cm death away from the path using a tape measure and scaffold plank, and then cut away the turf with a half moon. I then used a spade to lift the turf strips and stacked them over by the wild garden hedge.

Once again I used ‘Pictorial Meadows’ for wildflower seed. The quality was excellent last year so they are very much tried and tested. I went for their ‘standard mix’, incorporating a few handfuls of additional seed I’d collected such as poppy, musk mallow and cornflower. As with last year’s process, I mixed the seed with sand in a bucket and sowed as evenly as I could, having soaked the ground first. Rather than rolling this time however, I just trod the seed in by foot. Hopefully the timing of the sowing; early in the season and with good weather, will deliver some decent results by mid Summer. 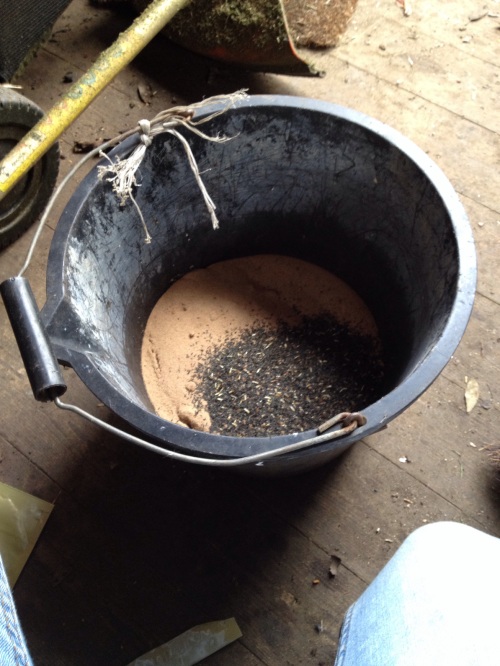